Br’er Rabbit and Other Trickster Tales Br’er Rabbit and Other Trickster Tales inspires self-reliance and creative problem solving on a humorous and magical journey with wily creatures who teach us folk wisdom, and life lessons in this collection of Trickster Tales from around the world.

This is the story of B’rer Rabbit’s Mexican cousin, Tio Conejo “Uncle Rabbit.” Although Tio Conejo is smarter than all the other animals, he also is smaller and often picked on by the other, larger animals. He does not like being smaller so appeals to the great maker in the sky to make him bigger. The great maker in the sky agrees to make Tio Conejo bigger if he can pass a test; he is to capture three ferocious animals in one day. Tio Conejo accomplishes the task and is rewarded by the great maker but does not quite receive the reward he had hoped he would receive.

How Kwaku Ananse Gained a Kingdom of Knowledge from a Kernel of Corn (Ghana, West Africa)

This is the story of Ananse the spider and the sky god named Nyame. Nyame (in a bad mood), challenges the creatures to a test and whoever passes the test will receive all of the wisdom of the world. The creatures are afraid to accept the challenge as they do not know what will happen if they fail. Nyame mistakenly thinks that Ananse has accepted his challenge and presents Ananse with a single kernel of corn and instructs him to somehow use that one kernel of corn to bring all of the people from the Kingdom beyond the River back with him. He must pass through four villages before he reaches his final destination. At each village he uses trickery and finally is able to bring the entire Kingdom beyond the River to Nyame. He is granted all the wisdom of the universe. Though Ananse is just a spider he is able to use his brains and his imagination to complete the task. 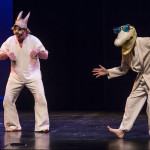 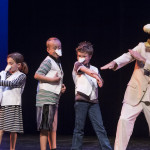 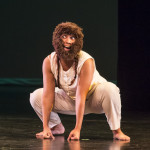 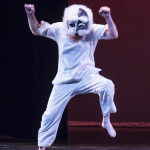