Homer’s Odyssey has been called one of the most important stories of Western civilization. In this performance Odysseus describes his adventures in his own words, acting out various episodes from Homer’s epic tale. As he travels over the seas with his crew of men he encounters many beings who delay his return to Ithaca. Among them are Poseidon, god of the seas; Cyclops, a one-eyed giant; Aeolus, master of the winds; Circe the enchantress; Tiresias and others in the underworld; the Sirens: Scylla and Charybdis, Helios, and Calypso.

Odysseus is with Calypso on her island when Zeus sends Hermes, his messenger, to demand that Calypso set Odysseus free and allow him to return to Ithaca. Odysseus builds a raft and drifts toward the island of the Phaeacians. Poseidon, god of the sea, creates a storm and the raft is destroyed but Odysseus arrives safely on the shore of Phaeacia where he is rescued and sent home to Ithaca.

Once Odysseus is home, he must find a way to defeat the suitors who have pursued his wife and reunite with his son, Telemechus, and his wife, Penelope. He must also resume his role as king of Ithaca. He is transformed by Athena, Olympian goddess of wisdom, into an old beggar and goes to his palace, where he meets the challenge to string his polished bow. His true identity is acknowledged and the suitors are defeated. Odysseus is reunited with his son and wife. The Odyssey tells the eternal story of a man coming home from a world of war to a world of peace, and the journey that transforms him. 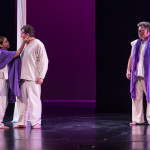 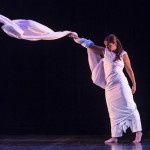 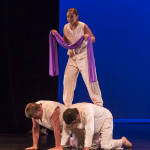 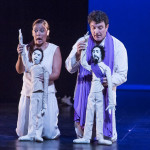